It was so hard to tear myself away from Cill Rialaig, but right at the nth hour I had a message on Instagram that one of the people I have been following, Susan (@todayinireland) was in Ballinskelligs and could we catch up for a coffee? I have been following Susan because she really gets about this part of the world, and to be honest, I thought I would bump into her on the beach one day or walking around in Waterville, but of course, it was literally just as I was leaving town. It is so lovely to meet people face to face that you have connected with on IG!

Back into the car for 45 minutes and it was time for another goodbye at Caherdaniel from John and Kerryann (@atlanticirishseaweed). I love these two people who are so passionate about seaweed and making a living from educating others about the benefits of eating and bathing in it! We met downstairs at The Blind Piper, a true Irish pub - a bit early for a pint for me but not for some I could mention! Kerryann gave me a bag of seaweed to eat and a couple of seaweed bath bags to try out so luckily most of the places we have stayed have baths.

Back in the car we passed through Sneem and stopped for a quick lunch before heading to Kenmare, where I was keen to see the Kenmare Lace and Design Museum. 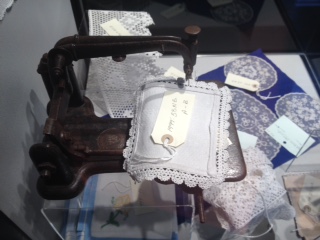 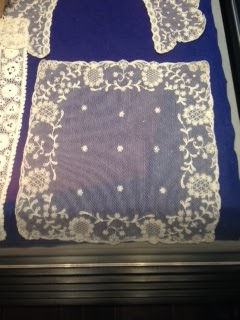 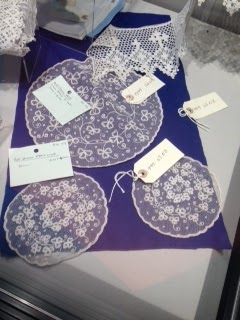 In the 1800's sisters of the Poor Clare convent in Kenmare introduced needlepoint lace to the women and the girls of the locality as a response to the poverty that followed the Great Famine. This was an incredible initiative of the nuns who also arranged for tuition from tutors from the Kensington School of Design in London and the Crawford School of Art in Cork, leading to the establishment of a school of design in Kenmare.

From this school came designs that won acclaim in exhibitions around the world. Kenmare lace graced royal functions and liturgical occasions, however eventually economic factors brought about its decline and apparent demise. These designs have been revived and local lacemaking continues today.

Next it was off to Bantry to have a look around Bantry House, the private estate still owned by the descendants of the Earl of Bantry.

Home to the White family since 1739  this house has a garden with seven terraces, overlooking Bantry Bay, with many works of art both inside and outside the house. After many years of neglect the garden terraces were overhauled in 2016 and work continues on the garden restoration today.  The inside of the houses was magnificent, but photos were not allowed.

Onwards to our destination, Kinsale, where we spent two nights. Kinsale is a gorgeous seaside town, known for its colourful buildings and fine dining.

Our next journey is to Kilkenny, to see the famous Kilkenny Craft and Design Centre, kiss the Blarney Stone and then head towards Belfast for my research at the Ulster Museum herbarium.