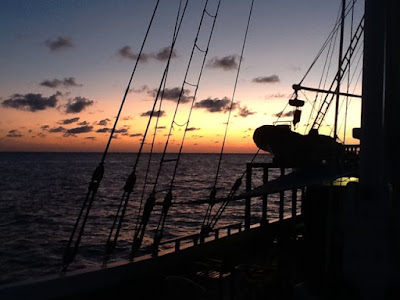 Another beautiful sunrise as we sailed towards the island of Savu this morning. We went ashore at Napae Bay where Captain Cook  moored the HMS Endeavour after his expedition to Australia. We were met by Genevieve Duggan, a French anthropologist who has been researching the textiles of Savu since 1990. 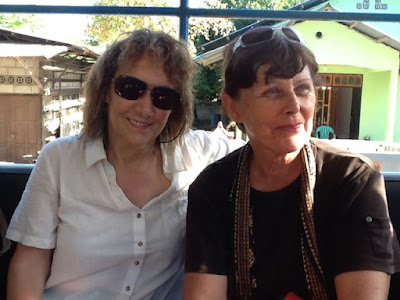 Suvu has a population of around 80,000 people who are often described as "people who don't eat".
This is because the island is very dry and water is a huge issue. The Suvanese often live off the sap of the Lontar palm which apparaently fills you up so you don't feel hungry. Men climb up the trees twice a day to collect the sap, and a man could do about 40 trees in a day. 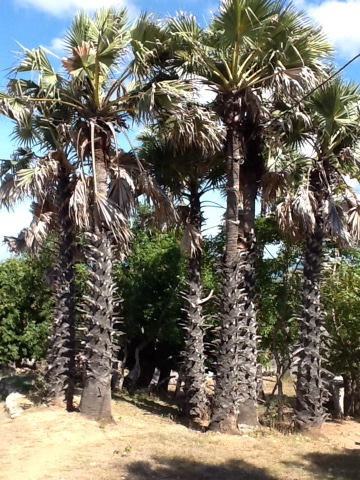 Our first visit was to the village of Pedarro in the region of Massara where we were greeted with ceremonial music and dancing. 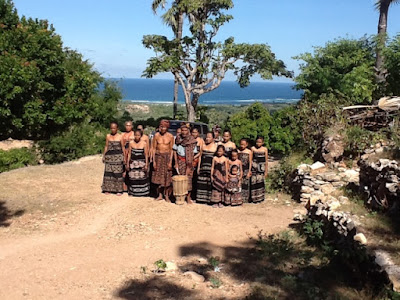 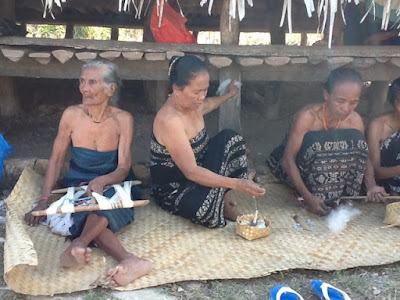 We saw demonstrations of spinning, dyeing and ikat preparation and the younger girls were extracting the seeds from the Nitas fruit in order to use the oil in the pre-mordanting process. 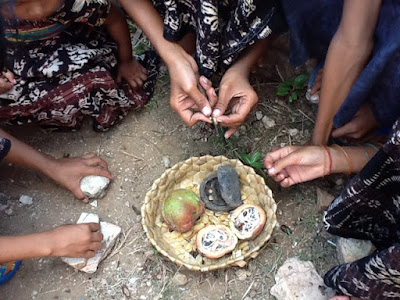 This was used in conjunction with papaya leaves and oyang-oyang leaves. 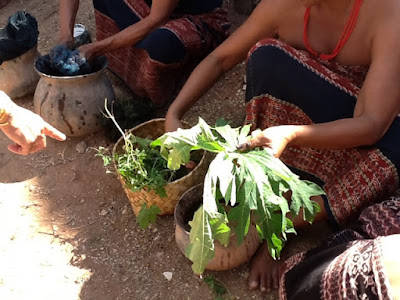 For the first time we saw textiles that were not only woven with indigo threads but also whole cloths that had been overdayed with indigo. 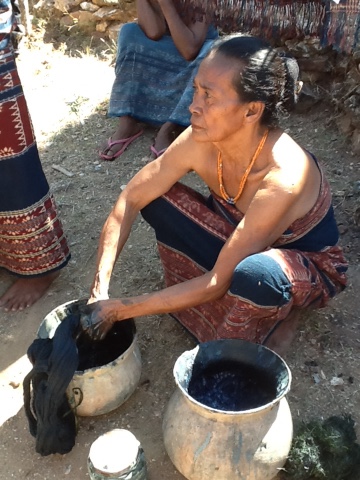 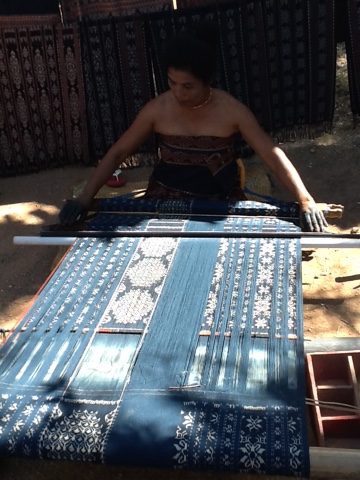 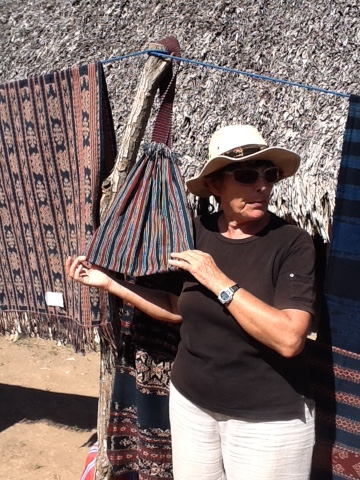 The women have also revived the weaving of kenutu which is used in bridewealth exchange, and is almost like the marriage certificate. Here is Genevieve holding a fine example, which I later purchased.

After lunch back onboard the Ombak Putih we went ashore to br welcomed by local dancers and a ritual where a small offering is sent out to sea. 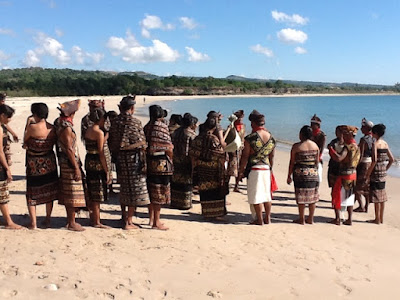 We then went to see the ikat-clad horsemen give a riding demonstration and then it was back into the bus for a trip to Namata village, where priests of the ancestral Jing Tui religion use megalithic stone platforms to conduct rituals and sacrifices. 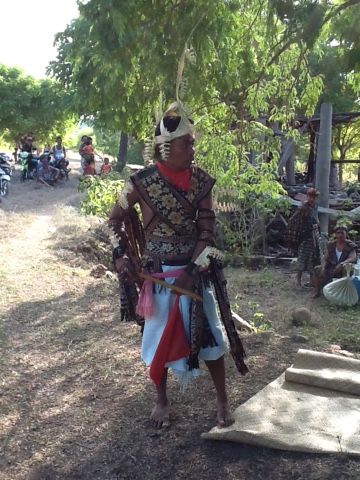 This time it was the men who were dressed flamboyantly, with carved palm decorations on their arms and heads. They were almost like peacocks as they strutted around the female dancers. A second dance by the women was about harvesting and growing rice and another dance saw both men and women tied small woven boxes to their feet that were filled with rice to make rattling sounds as they stamped their feet. 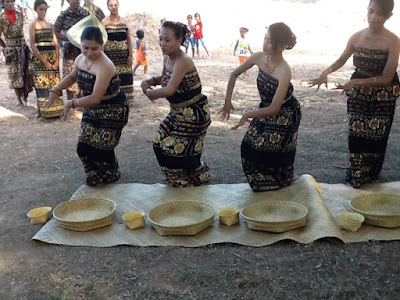 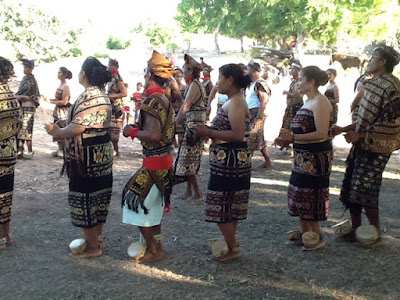 As we left the beach for the  Ombak Putih we were again treated to a magnificent sunset. 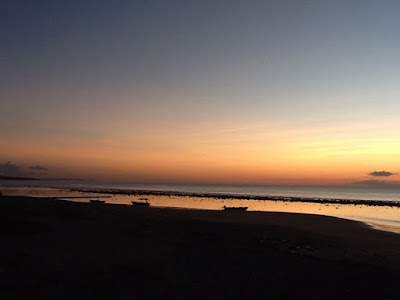