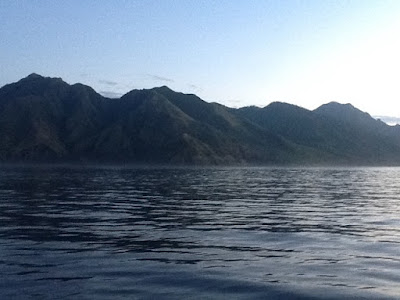 This morning we cruised into Lambala Bay on the southern side of Lambata Island to visit the Lamalera whaling village. In fact, when we came ashore there was a huge skull of a whale that had been caught three weeks earlier. It had been picked clean and throughout the village there were various assortments of unidentifiable meat drying in the sun..... 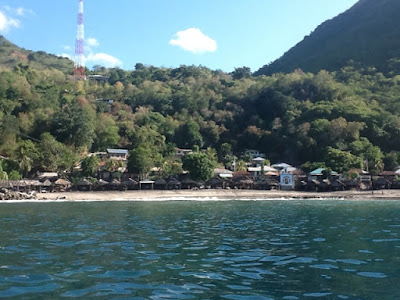 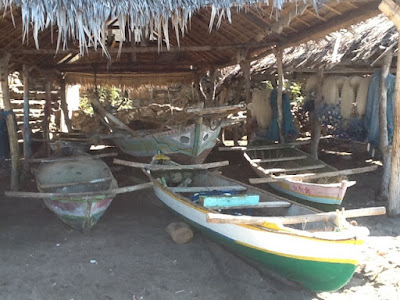 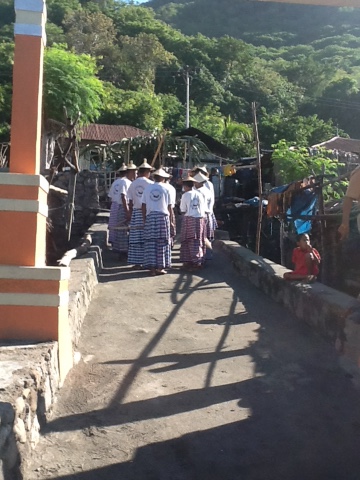 We were greeted ceremoniously by the fishermen in traditional garb, and then entertained with dances and songs about catching whales and barter exchange of cloth for other goods. This part of the island does not support much agriculture so the whole village of around 2000 people are reliant on the success of the fishing boats. They catch fish including large tuna, manta ray, dolphins and hopefully whales. A whale can feed the whole village whereas smaller catches only feed the families of those directly involved with the catch. 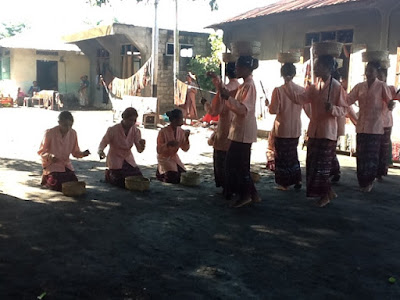 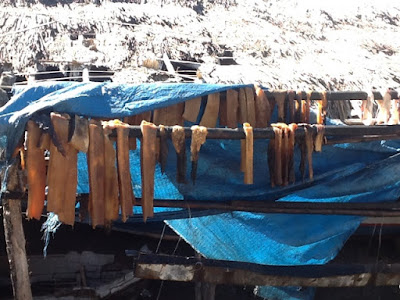 Whale meat drying in the sun was a common sight around the village.
Women were also selling shells, teeth from whales and dolphins, as wells as whale vertebrae as stools and other bones as spindles and swifts etc. 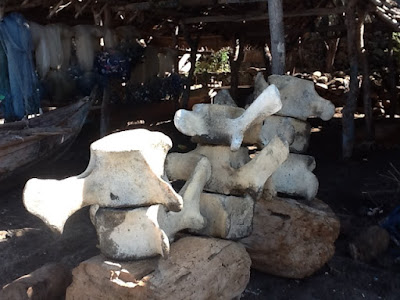 This was also the first time I had seen naturally dyed yarns for sale in indigo, morinda and other colours. 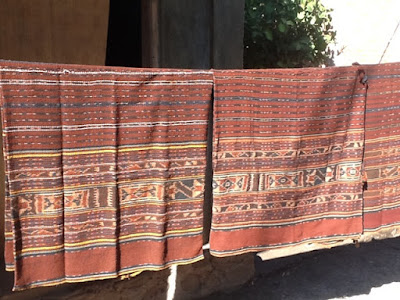 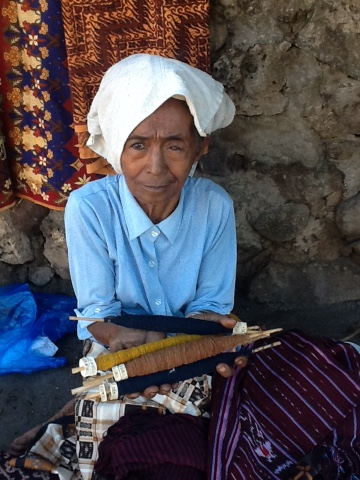 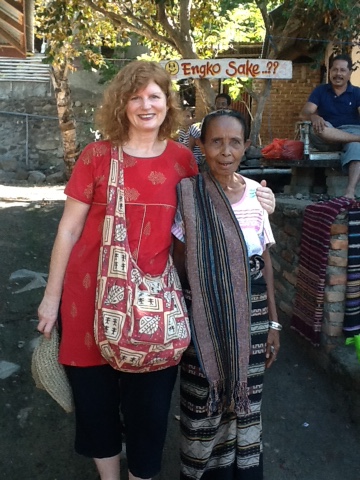 Here I am with Ibu Agnes who wove this scarf which I had bought from her. 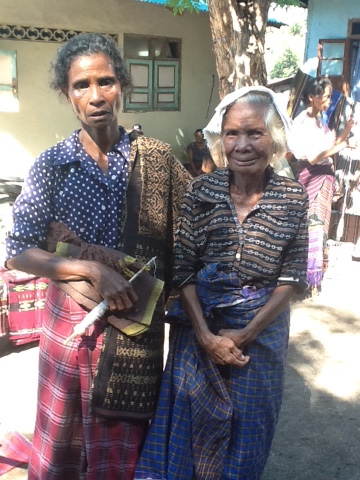 This is Ibu Marie and Ibu Elisabet from Lamalera. Ibu Elisabet was selling a Sikka cloth which could have made its way to Lamalera through exchange.

In the afternoon we took a bus up to visit a local school and church with an amazing view over the village. 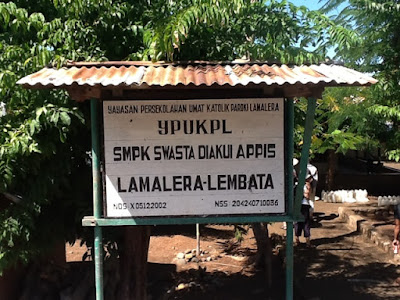 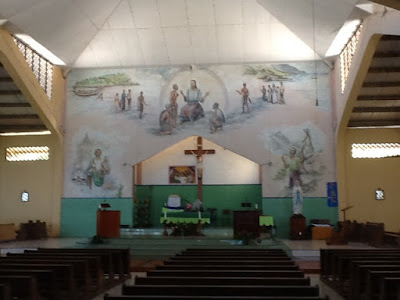 Interior of the church of St Petrus-Paulus with hand-painted wall. 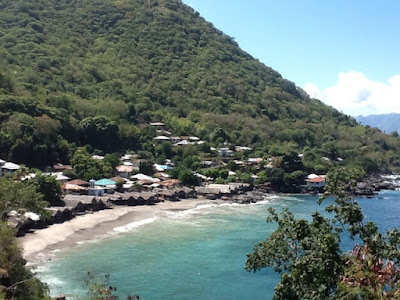