We sailed overnight across the Savu Sea to the Bajawa Regency at the foot of Gunung Inierie. There is one active volcano in this area which is Ebu Lobo. 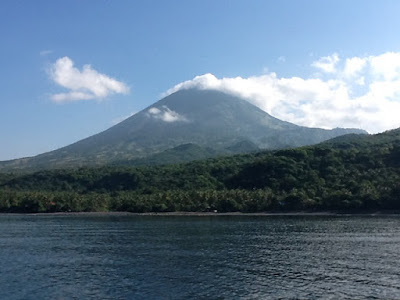 Our first trip was to visit Gurusina, home to the Ngada tribe, which is a matrilineal society - females inherit the house and the husband must move into her village or house and leave his own. This area has some really different architecture and rituals, which were explained in our nightly lecture by David and Sue. 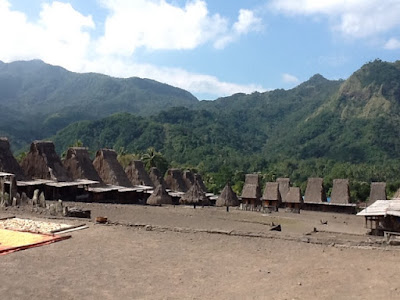 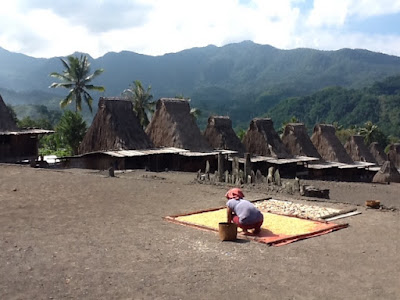 The thatched roofs of the houses (sa'o) differ and many are decorated with a row of buffalo horns or pigs jaws on the front post. This signifies the number of animals sacrificed by that family for ceremonial purposes such as funerals etc. 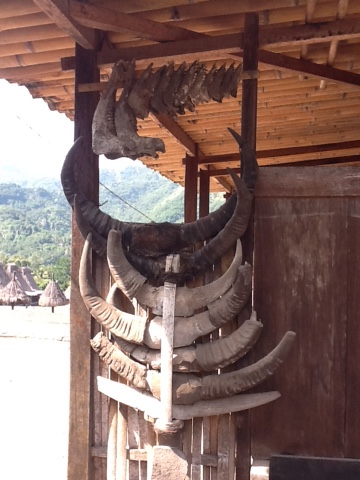 There are two types of house - the Tip house and the Trunk house. Villagers dry coconut and cocoa, and sell candlenut and vanilla pods as well as cinnamon bark. The houses are on terraced levels around the central area where the shrines and megalithic altars are.

Next, we went to the village of Bena which was very similar but had a great view from either end of the village. 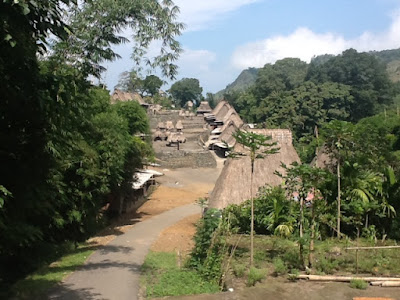 We saw women weaving on their front porches with cloths for sale hanging, but many of these were woven in commercial yarns and their bright colours did not appeal to me. 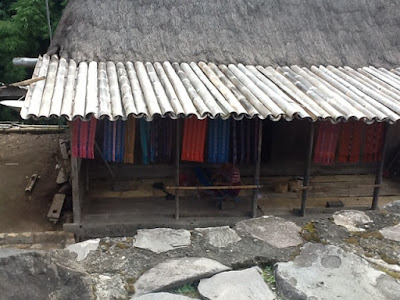 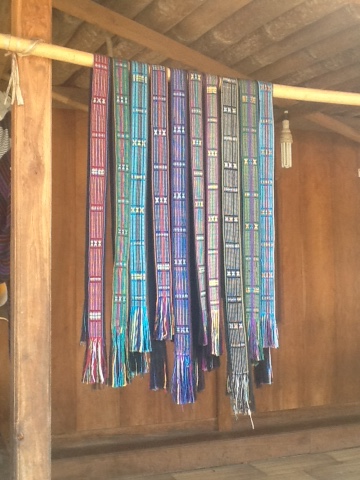 At the very top end of the village we climbed to the top of a small hill where there was a catholic shrine. 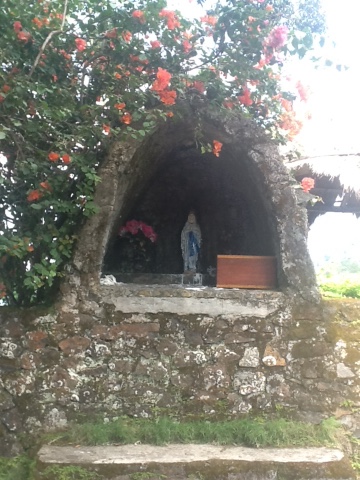 The view from the top was spectacular, and the ipad camera does not do it justice. 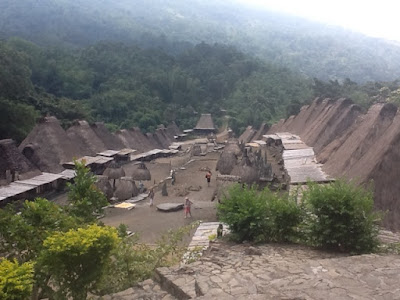 As we left the village by car, there was another house on the road with a beautiful assortment of naturally dyed yarns waiting to be woven. 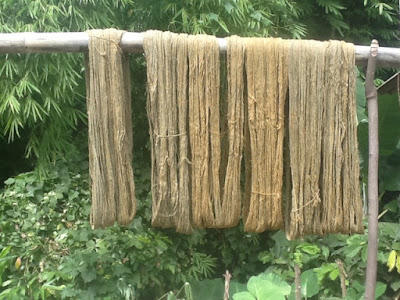 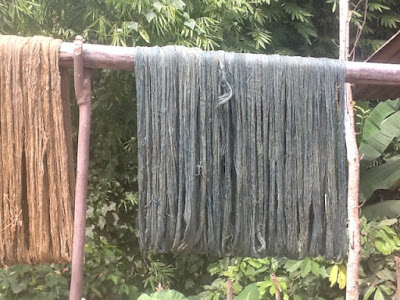 After a long hot day, we cooled down with a refreshing swim on a nearby beach, searching for shells on the shoreline, followed by a hot shower and 'arak-attack' cocktails on the upper deck before supper....thinking of what the weather is like in Canberra at the moment.....and only 2 days left of the cruise!